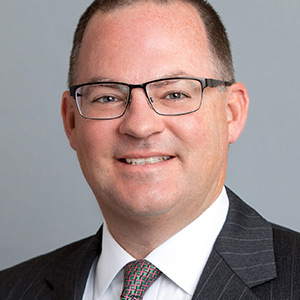 Mike O’Malley has served as President of the Railway Supply Institute(RSI)since February 2018. RSI is a trade association representing more than 250 companies involved in the manufacture and delivery of products and services in the freight car,locomotive, maintenance of way, communications and signaling, and passenger rail industries. RSI connects members to their customers, supports them in the global marketplace, and advocates on behalf of the industry in the legislative and regulatory processes. America’s railway suppliers represent a $28 billion/year industry supporting more than 100,000 American workers. O’Malley’s career also includes prior experience in the railroad industry, federal and state government, and international trade organizations. He joined CSX at its Jacksonville, Florida headquarters in 2007 as vice president, state government and community affairs before being named vice president, procurement and supply chain management in 2013. From 2002. 2007, O’Malley served with the U.S. Department of Transportation (DOT) in Washington, D.C. as counselor to the undersecretary for policy, deputy assistant secretary for transportation policy, and most recently as chief of staff with the Federal Aviation Administration. Before his tenure with DOT, O’Malley was a government relations advisor with Shaw Pittman LLC. Prior to that, he worked for International Trade Services Corp., the Canadian Consulate General in Chicago, and on the staff of Illinois Governor Jim Edgar. His education includes a Master of Business Administration from Northwestern University’s Kellogg School of Management, a Master of Science in European Studies from the London School of Economics, and a Bachelor of Science in Finance from the University of Illinois at Urbana-Champaign.

View All Sessions View All Speakers